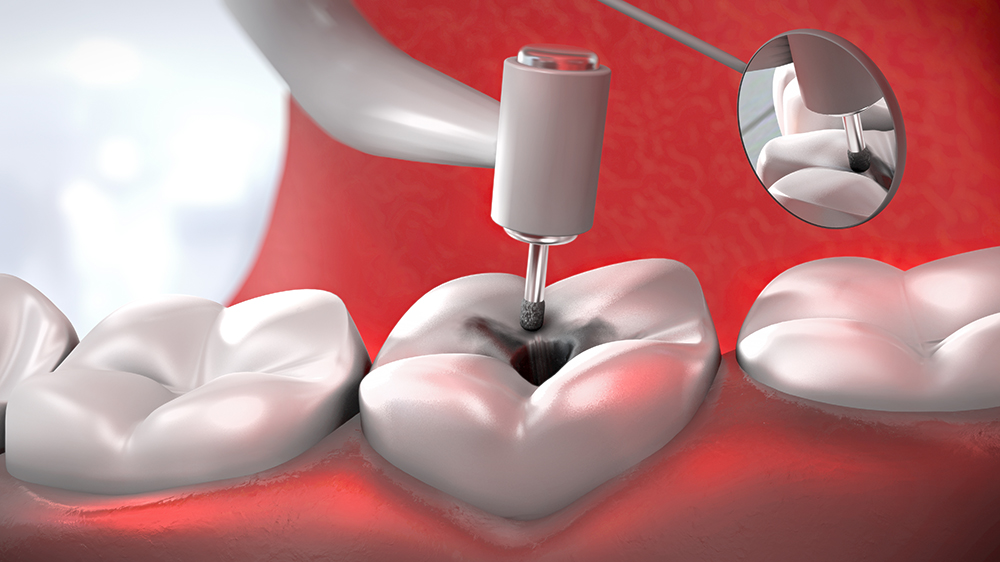 What is a filling? Even though most people still associate this word with pain and fear, in today’s modern dentistry, geared toward patient’s comfort, a tooth filling is a common restorative procedure that helps repair and save teeth damaged by decay.

Dental fillings are not new. There are scientific discoveries suggesting that the oldest known dental filling may be dating to 13,000 years ago, made from a tar-like material. Another discovery of a 6,500 year old fossilized jawbone reveals that a crack on the canine tooth was stuffed with beeswax.

In the 19th century restorative dentistry starts using metals, such as gold, silver, tin, etc. that were softened to fill teeth. In 1819, a mercury based dental amalgam filling is created by the English chemist, Bell. In 1830, the mercury amalgam starts being used in the United States, and soon many harmful effects were reported. In 1859, what is today known as the American Dental Association is formed, a pro-mercury proponent.

During your dental exam, if any tooth decay is discovered by your dentist, he or she may recommend a filling. This is a procedure in which your dentist will remove the decayed portion of your tooth and fill the area with a tooth colored substrate. There are different filling compounds used for the procedure, for example: ceramics, glass ionomer, cast gold, composite resin, and silver. Silver/mercury fillings, which are easily noticeable when you open your mouth, tend to become darker with time. In the United States, although the FDA has determined that the level of mercury in the filling is safe for people over the age of six, most people prefer not to have a mercury/silver fillings done, given the variety of other options.

CV Dental Care is a mercury-free practice. Not only do we care about your smile, but also about the role your mouth plays in your overall health. There are many choices of dental materials, treatments, and alternatives to traditional dentistry like tooth fillings we offer to our patients, as we believe that everyone deserves a high quality of dental care.

Schedule an appointment with a CV Dental Care provider by filling out this contact form or call us at 480-467-3618.